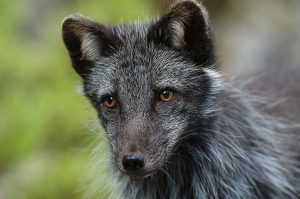 Norway, once one of the biggest producers of fox fur pelts, has announced their intent to ban fur farming by 2025.

As part of a deal with the anti-fur Liberal Party, Norway’s Conservative Prime Minister Erna Solber’s government plans to phase out all fur farms by 2025. They are now set to become the first Scandinavian country to ban fur farms, as well as the 14th European country to date.

The first country to ban fur farming was the United Kingdom in 2000, followed by Austria in 2004.

Largely supported by the public, the ban must now be voted on in Parliament, but the majority of the country’s political parties are also expected to support it. This decision will put a stop to the cruelty and death of approximately 1,000,000 lives between minks and foxes every year.

Once approved, the ban will spare animals who would otherwise live in narrow cages, in poor health conditions and that would eventually suffer agonising deaths.

Norway now can set an example to all Scandinavian countries which are among the world’s largest producers of fur pelts. Denmark produces around 17 million minks’ pelts, second only to China whilst and Finland is one of the world’s top producers of fox fur.